Originally posted on Reddit by u/RandomFlamingoo. Lightly edited for grammar and clarity.

Earlier this year I switched my care in my primary care's office from an NP to an actual doctor in the practice, and ever since, whenever the NP or her assistant have seen me, they have gone from always being cheerful, smiling, and happy to see, to giving me harsh glares, and having a very short tone with me if I say hello. The difference in their attitude towards me is stark.

So here's the background story of what happened. I have relapsing polychondritis, a rare and complex autoimmune disorder. It had been diagnosed by an ENT and at the time I wasn't seeing a rheumatologist because it was really mild and didn't need any management more than occasional pulse doses of prednisone. Earlier this year, I went into a severe flare. The problem was, I wasn't established with a rheumatologist, and it was a two-month wait to get into one. This left me dependent on my primary care for treatment during this time.

The NP basically refused to accept the RP diagnosis because it came from an ENT and not a rheumatologist, despite the fact she's an NP and the ENT is an actual doctor, and therefore she has no qualifications to question a doctor's diagnosis - especially when the disorder falls under his specialty and not hers. She kept trying to insist that if it was RP, it could be managed with Tylenol and Advil alone. Unless it is extremely mild, this is absolutely not true and is actually really dangerous to leave RP untreated due to all the potential life-threatening complications. She refused to give me any other medications such as prednisone or dapsone, which are used for acute treatment in RP until biologics can work effectively to control disease activity. She kept saying that they simply weren't warranted, and that as a primary care doctor it was out of her scope of practice to prescribe prednisone or dapsone. (She then told me how though diagnosing something like Ehlers-Danlos syndrome is in her scope of practice. Hint: it's definitely not.)

Oh, and I forgot to add this. While she wouldn't prescribe prednisone, she was happy to prescribe Tylenol with codeine to manage it. She claimed that prednisone was too dangerous and had too many potential side effects. But an opioid is safe and she feels comfortable prescribing that? This was also a really inappropriate treatment for me, as I'm mildly allergic to codeine (nothing serious, just hives). But the allergic reaction causes inflammation, and it causes the RP to flare. So while it might relieve pain for a few hours, it comes at a very heavy cost. I did not take the Tylenol with codeine because I was smart enough to know it wasn't worth it and wasn't an appropriate treatment. The best thing to treat the pain was to treat the inflammation causing the pain, not the pain. But we all know that midlevels have a tendency to be irresponsible with controlled substances.

I got incredibly sick, could barely move, was running a fever constantly, and started having cardiovascular complications. I was going downhill fast as the disease was ravaging my body. Since she decided all this was outside her scope of practice, I thought it would be a good idea to get a second opinion from an actual doctor since naturally, their scope of practice is going to be greater than that of an NP's, right? So I switched to a doctor in the same office. He immediately prescribed me prednisone to last until I saw a rheumatologist. And since then, I have switched care from her over to him. Because why would I ever trust her again after I got so sick because she wouldn't treat me? I didn't say any of this, I just switched my doctor on record for my primary care. Apparently, this move of getting a second opinion from a doctor who gave me the very medication she didn't want to hasn't sat right with her, as ever since, both her and her nurse assistant have gone from warm and friendly to cold and rude.

Also, for anyone wondering, I'm now established with a great rheumatologist. He agreed that I had RP. Blood work further confirmed it. Blood work also showed I was incredibly sick as a result of the RP being left untreated. The NP also never ran any blood work past a rheumatoid factor (RF) and when it came back negative, because I have RP not RA (rheumatoid arthritis), she was resistant to even referring to a rheumatologist despite the ENT's diagnosis of RP. She claimed that no rheumatologist would accept my referral. "They're too busy with patients with long COVID, they don't have time to treat patients whose blood work doesn't show rheumatoid disorders." My blood work did when the rheumatologist tested it - she just didn't rely on only the RF. (Editor's note: seronegative autoimmune diseases are a very real thing!)

Overall, this NP is very much in the "NPs are better than doctors at primary care" camp. But it just amazes me how she could be so wrong, proven wrong, and still get upset that a patient went to an actual doctor for a second opinion when it turned out she was clearly wrong in her assessment and views on treatment to the extent it was actually pretty dangerous. Though at the same time, I realize this is probably a lot of deflection, because to actually look at the facts, she'd have to accept that she was wrong and was so because she wasn't educated enough, and the doctors were. And she'd have to admit that yes, NPs are not as qualified as doctors, and shouldn't be practicing without consulting them. But she's too pro-NP and anti-doctor to admit that.

She also had a lot of issues clashing with another doctor in the practice when he started to transition into specializing in weight management. She regularly disagreed with his assessments that patients needed to lose weight and undermined the efforts he made to help patients form a healthier relationship with food. For example, he would get patients to stop eating junk food with very little nutritional value, and then she'd convince them, "Oh, it's okay to have a donut every once in a while. He's too strict. You won't fall back into bad habits." I know this because she would talk about how she would disagree with him to me, and how he was overly into weight loss. And when I mentioned that I was trying to lose weight because I was at the upper end of a healthy BMI and that being at the lower is better with arthritis because it means less weight straining your joints, she highly discouraged me to try and lose weight. She kept saying, "You're in a healthy BMI, there's no reason you should lose weight!" Yes, there is. It's called physics.

I just hate how NPs that genuinely think they are as qualified, if not more qualified than doctors are allowed to practice. NPs should only be practicing under very strict supervision from a doctor who should be consulting on everything. Because if a doctor had been looking over what she was doing, they absolutely would not have let her go on like that.

We can feel our troponins rising after reading this tale of sheer midlevel stupidity. 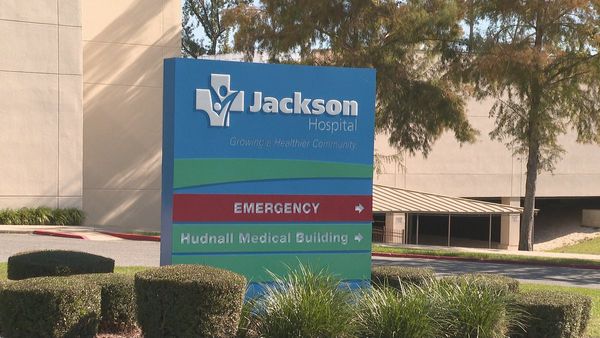 Why spend three years in a hematology-oncology fellowship when you can just become an NP and ask Facebook for a list of chemo meds?