Long before I ever was aware of the problems with mid-level education and practice, I had my own run-in with a poorly trained NP. This was back about 20 years ago before there were any online diploma mills and direct-entry NP programs.

When I was 18 and a senior in high school, I fractured my left clavicle while ski racing at my home mountain in Alaska. After I got hauled down by the ski patrol, I was sent over to the local clinic which was staffed by an NP who essentially practiced independently; my town didn’t have any physicians practicing there because there were only about 4000 mostly healthy full-time residents. After doing an exam and shooting some films, she gave me a brace and said I could check in with an orthopedic surgeon in the closest city in three or so weeks just to make sure it was healing appropriately. I was a little concerned because the overlying skin was being stretched and “tented” by the displaced fracture.

After about a week, I continued to be very uncomfortable so my parents arranged for me to see the orthopedic surgeon early. Sure enough, when I go in for my appointment and the PA takes a look at my shoulder, his eyes visibly widen and immediately leaves to grab the surgeon.

When the surgeon comes in, he immediately tells my family I need urgent surgery as the sharp edge of the fractured clavicle has nearly worn its way through the skin. The radiographs taken by the NP also showed that the fracture was comminuted. The surgeon cancelled his cases for the next morning and scheduled me for 8:00 am the next morning.

It is shocking for me to look back on this now that I’ve finished medical school and realize how badly the NP had mismanaged my care. Practicing in a ski and mountain bike town, the NP cared for fractures of all kinds on a daily basis. I have no idea how she would not know that skin tenting from a clavicle fracture is an absolute indication for an emergency surgical referral and that comminution (clearly visible on the films she took) is an indication for urgent surgical referral.

Fortunately, my case ended well after I was seen by an appropriately-supervised PA and physician. At the time of the injury, I was preparing to go to college on a military scholarship which was nearly withdrawn. My scholarship and military career were saved because I recovered without complication and regained full function. I have no idea how things would have turned out had my fracture become open and I developed osteomyelitis because I didn’t receive prompt surgical care.

Nurse Practitioner Sentenced to 20 Years, Ordered to Pay More Than $52 Million in RestitutionA Waxahachie nurse practitioner was sentenced yesterday to 20 years in federal prison and ordered to repay more than $52 million in restitution for his role in a health care 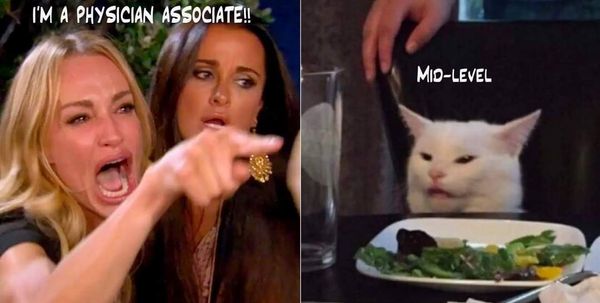 And physicians shall now be referred to as Supreme Physician Commanders.