With the relentless push by national midlevel organizations such as the AANP and AAPA to gain full practice authority and trick patients into believing that a false equivalent exists between the training and qualifications of midlevels and physicians, it's no surprise that the brainwashing of physician assistants into "physician associates" starts from the first day of midlevel school. Or, in the case of "medical student" Dayna Horton, before the first day of midlevel school (as it would appear from the above post dated 3 days ago at the time of this writing). One would think that a student supposedly bright and accomplished enough to matriculate into a top-10 PA program would be cognizant enough to recognize and respect the difference between a PA student and a medical student studying to earn an MD/DO, but alas, apparently not.

Perhaps Dayna could use a refresher on the Mission Statement of USC Keck's Primary Care Physician Assistant Program. After all, there's no better way to demonstrate that you're self-aware, humble, and professional by referring to yourself as a "medical student" when you haven't even started physician assistant school!

The academic distinction between PA students and actual medical students isn't a small one either, especially at a highly-regarded institution like the Keck School of Medicine of the University of Southern California, located in bougie Los Angeles. Not withstanding the huge difference in average GPA (3.49 versus 3.8), it's interesting to note that Keck's PA program doesn't even require applicants to take the GRE, which has long been considered as the traditional pre-entry standardized test for aspiring physician assistants. Meanwhile, the USC Keck School of Medicine's latest class has a whopping median MCAT score of 517, well above the average even when compared to other medical schools. Really, for Dayna to refer to herself as a "medical student" at a place like USC is a slap in the face to the 186 real medical students and their undoubtedly impeccable academic records.

Equally as ironic is Dayna's self-professed interest in the fields of plastic surgery and aesthetics, in spite of the fact that she's attending a "Primary Care Physician Assistant Program". Ah yes, because there's just nothing that "emphasizes service to the medically unserved" like Botox injections, breast implants, and facelifts, right? 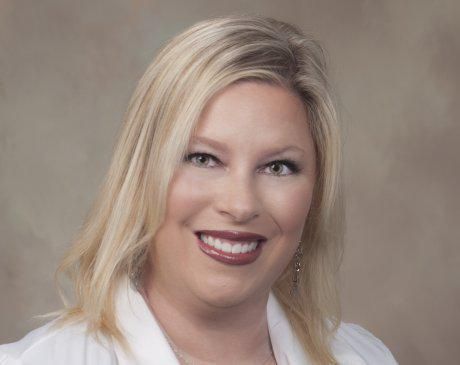 RIP to this midlevel's reputation and career.

Actively psychotic, suicidal, and homicidal. What could possibly go wrong when an NP is involved?