Can you imagine a PGY-1 intern, even on day #1 of residency, not being able to remember the names of any antibiotics? It's a scenario about as probable as the chances of Walden University becoming a respectable educational institution. On the contrary, the average medical student could rattle off the presentation, diagnosis, and management/treatment of common ear conditions such as acute otitis media and acute otitis externa in their sleep, let alone remember the name of any one antibiotic. Fucking hell, you could grab a random person off the street and ask them to name an antibiotic. Even an orthopedic surgeon is capable of remembering one antibiotic!

This is the sort of eyebrow-raising transgression that really makes you wonder what in the hell is going on in the world of nurse practitioner education. The midlevel in question, FNP Michelle Lew, appears to have originally received an associate's degree in nursing, followed by completion of an ADN-MSN online "bridge" program and FNP degree at Gonzaga University. Of course, the courses for each of these programs are 100% online. While it would be virtually unheard of for a prospective medical school applicant to complete their pre-med coursework entirely online, let alone attempt to gain admission with just an associate's degree, such "bridge" programs are a dime a dozen, with course descriptions that sound fluffier than a pair of lungs in the middle of a CHF exacerbation.

While a newly manufactured midlevel nurse practitioner could conceivably find themselves in the same situation as FNP Michelle - unable to recall the names of any antibiotics whatsoever - medical students would have had the fundamentals of biochemistry and pharmacology drilled deep into them well before being allowed to see real patients. Even if a medical student didn't know what antibiotics specifically would be ideal for treating an ear infection, he/she would likely be able to formulate an educated guess by falling back on their understanding of microbiology and disease pathology, e.g. what pathogens are most commonly implicated in acute otitis media or otitis externa. Meanwhile, good luck trying to get a midlevel nurse practitioner to explain things like the mechanism of action of amoxicillin or how it differs from Augmentin.

It's also clear from stories like Michelle's that the clinical exposure provided by NP programs is woefully and laughably inadequate: "I treated so many people with ear infections when I was in my clinicals so I thought I had this one in the bag." Narrator: "She did not, in fact, have this one in the bag." Really makes you wonder what exactly the average NP student is dicking around doing in their 500-600 hours of clinical "training", doesn't it? Say what you want about the arduous journey through medical school, residency, and possibly fellowship to become an attending physician, but we must be doing something right if we can at least guarantee that a brand-spanking-new physician is capable of treating something as mind-numbingly simple as an ear infection.

Don't you just hate it when you accidentally overdose yourself? 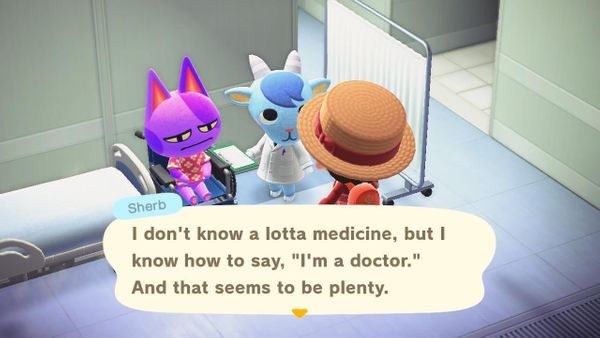 Why waste years of your life in medical school when you can just get a badge that says "Doctor"?